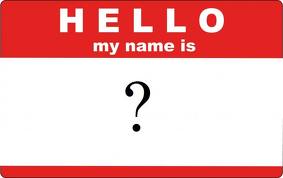 I have been a notary public since 2005 yet it was only in this past month that I ran into an issue of the client not having appropriate identification; and it happened twice in the same week.  This opened my eyes to an issue, which I believe will only get worse in the coming years.  Older clients, more specifically the clients who no longer drive themselves, are letting their driver’s license expire and are not obtaining an alternate form of identification.

The U.S. population is aging as a whole.  In 2009, the “older population” (meaning persons who were over the age of 65) were approximately 39.6 million.  This number represented approximately 12.9% of the entire U.S. population.  By 2030, the “older population” is expected to increase to more than 19% of the entire U.S. population (approximately 72.1 million, with 9.6 million over the age of 85).  As we age, problems with vision, cognition and overall movement become more prevalent and driving becomes more difficult.  If you have decided to stop driving (or have had that decision made for you) then when it comes time to renew your driver’s license, you may opt to simply let it expire.

This past month, I had two separate instances of a client who needed documents notarized for their mothers.  When asked for a driver’s license, which is the most common form of identification I typically use when notarizing a document, one replied “I no longer drive, so I don’t have one” and the other handed over a driver’s license that had been expired for several months.  While there is an alternative procedure for proving the identity of a signer, it was a hassle to say the least and not all notary publics may be comfortable with the alternative methods.  If someone does not have identification which contains all of the following: (1) a photograph of the person; (2) a description of the person; (3) a signature of the person; and (4) an identifying number, the notary public can use a “Credible Witness.”  A credible witness is someone who does possess valid identification, personally knows the signer (but does not have a financial interest and is not named in the document being signed).  The credible witness takes an oath that they personally know the signer, that the signer does not have proper identification and that they reasonably believe it would be difficult or impossible for the signer to obtain proper identification.

Luckily, in both instances, we were able to have a credible witness verify the identity of the signer and all of the extraneous requirements were met.  However, had the mothers had proper identification, the hassles, grief and extra time taken to notarize the documents would not have been incurred.

This entry was posted in Helpful Tips, Notary. Bookmark the permalink.

Warning: count(): Parameter must be an array or an object that implements Countable in /homepages/38/d120209917/htdocs/kcknox/Estate-Planning-Attorney/wp-includes/class-wp-comment-query.php on line 399

One Response to Missing Identification


Warning: count(): Parameter must be an array or an object that implements Countable in /homepages/38/d120209917/htdocs/kcknox/Estate-Planning-Attorney/wp-includes/class-wp-comment-query.php on line 399